JEFFERSON CITY - The tale of Rush Limbaugh joining Missouri celebrities at the state Capitol continues to unravel. This time, women activists have joined the fray, opposing the radio personality's induction into the Hall of Famous Missourians. 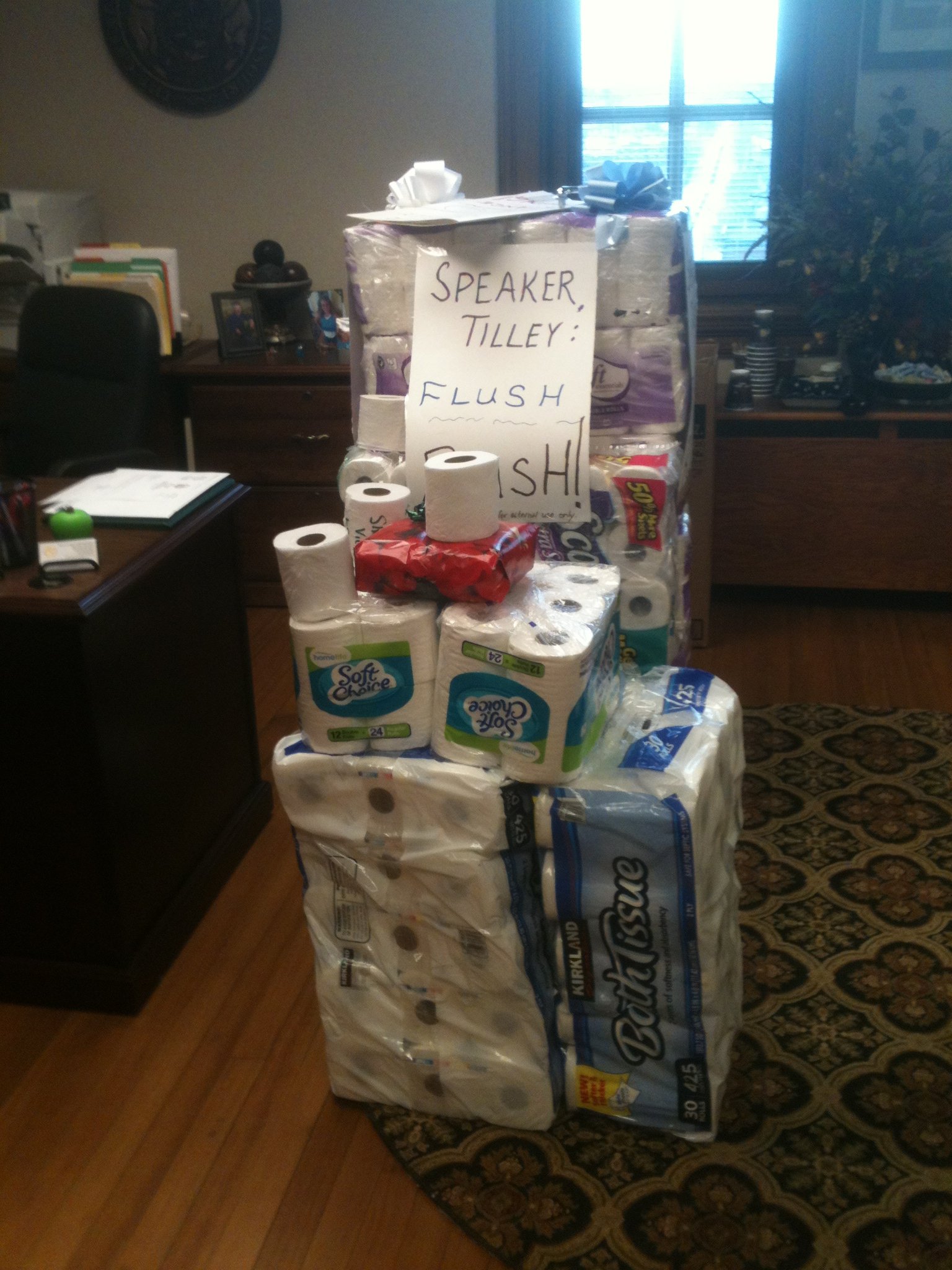 Members of the state chapter of the National Organization for Women delivered 504 rolls to the office of the Speaker of the House as a part of their "Flush Rush" campaign. The campaign was designed to protest the Speaker's choice to place a bust of Rush Limbaugh in the Hall.

"Rush Limbaugh is a misogynist and a bigot and a bully and we don't need a role model like that in Missouri," said Claire Major, the vice president of the Missouri NOW chapter.

Earlier this month the Speaker, Rep. Steve Tilley, R-Perryville, said he would induct Limbaugh into the Hall despite recent controversial comments Limbaugh made about, law student Sandra Fluke. Limbaugh called Fluke a "slut" on his nationally broadcasted show after she spoke in support of the president's birth control mandate.

"I would encourage them to send as much toilet paper as they like because I'm just going to donate it to one of the homeless shelters," Tilley said.

The Speaker said he had not taken Limbaugh's politics into account and said he chose to honor Limbaugh due to his accomplishments as a nationally syndicated talk show host.

House Democratic Caucus members sent a letter to Tilley after his announcement asking him not to induct Limbaugh. Tilley, however, has maintained that he still plans to induct Limbaugh along with Dred Scott. No date has been sent for the induction.

Statues placed in the Hall are provided by a funds donated at the Speaker's annual golf tournament, giving the Speaker discretion over who is honored. Limbaugh would join other honorees such as Mark Twain, Harry Truman and Walter Cronkite.