JEFFERSON CITY - The state Supreme Court released its decision to uphold the contested House district map only three hours before the candidate filing period came to a close. 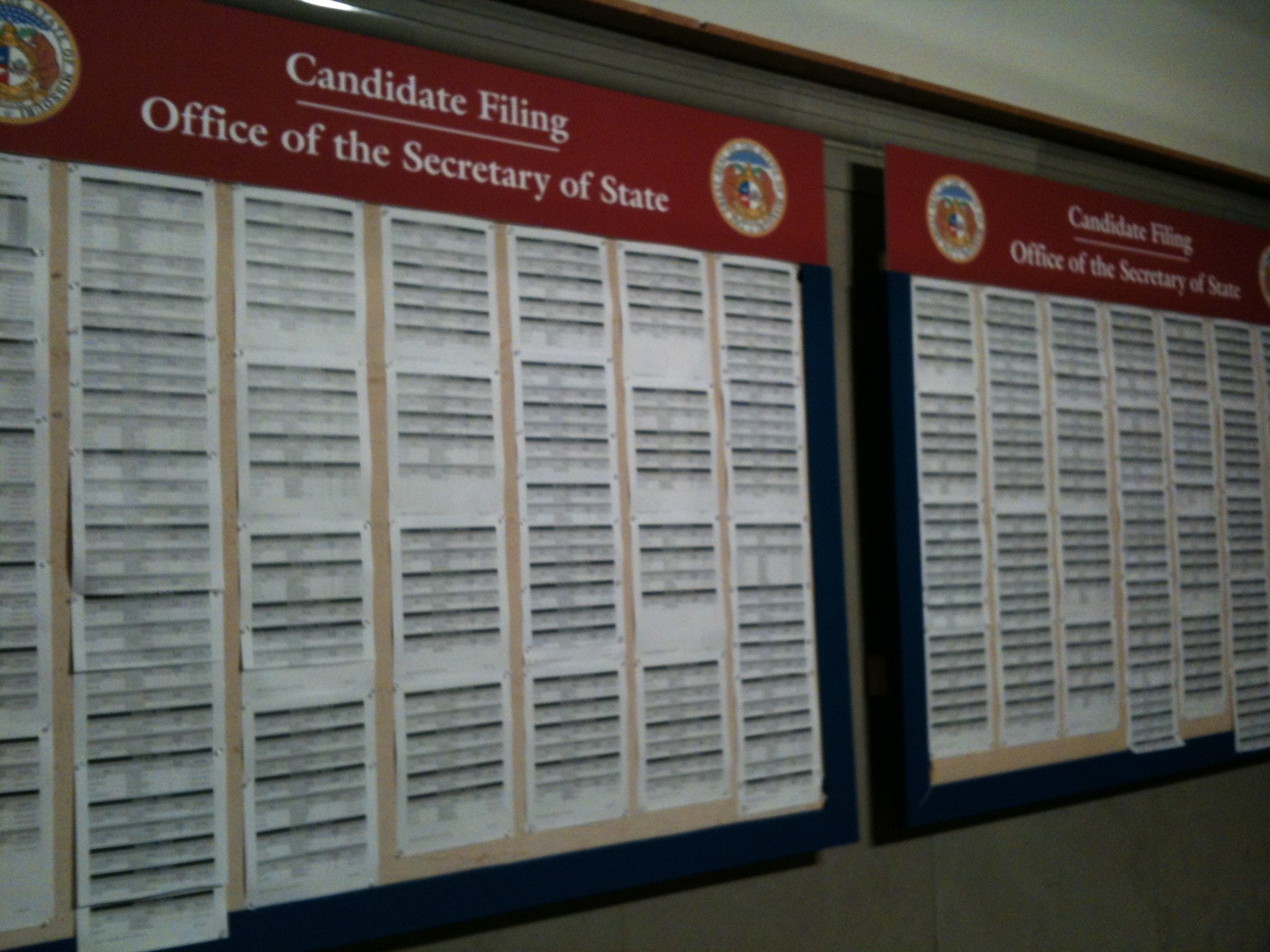 The candidate filing period officially ended Tuesday night with a total of 575 candidates filing for state office since the period opened in late February.

The Court had withheld its decision on the map until Tuesday, leaving some candidates filing for House seats uncertain about the exact lines of the districts they were filing in. Up until the release of the decision, candidates were operating under the assumption that the House map was final, but the possibility still loomed that the Court had the power to throw out the map, which would have required a new map to be drawn.

A state apportionment commission released a finalized Senate district map in late February that effectively cut out two of the leading conservatives in the Senate chamber. The map, which was a third overall attempt at forming a districts for the Senate, moved Republican Sen. Jane Cunningham's  seventh district to the other side of the state and altered district lines, placing Sen. Jim Lembke, R-St. Louis County, into a heavily Democratic district.

A state senator and leading conservative in Missouri's legislature has decided not to run for reelection due to the effects a newly drawn Senate district map would have on her seat.

The movement of Cunningham's district would have required her to run against Sen. Brian Nieves, R-Washington, in the 26th district, but Nieves' district is not up for reelection until 2014.

"I don't see an avenue for a political home since the senate commission took it away," Cunningham said.

Cunningham said she did not have a specific plan in place but that she was open to multiple possibilities, including working in the private sector or in some capacity for the Republican party.

The Court has yet to rule on a new congressional district map, which is the only map left undetermined.

Republican Floor Leader Tim Jones, R-St. Louis County, said on Monday that he did not know of a time when filing had ended with district maps still undetermined and that this was "historic."

"These are unprecedented waters," Jones said. "Why the courts have held the decision this long is beyond my thinking."

Due to state law, which gives an extension to the filing period in any race where a candidate withdraws within two days of the original deadline, filing remains open for seven races, including the governor's office. Candidates have until this Friday at 5 p.m. to file in those races, according to the Secretary of State's website.

The state primary will be held on August 7.